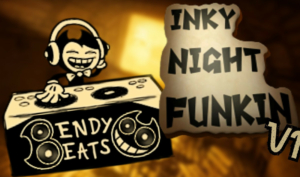 FNF Inky Night Funkin is a Friday Night Funkin mod where you get to face off the infamous cartoon star, Bendy! You can also play FNF Too Slow (D-Sides) with Lyrics and FNF Roblox Doors vs Rush – 1up Cartoon’s

You have a very simple task in Friday Night Funkin FNF Inky Night Funkin vs Bendy Mod to play when the Arrow Marks are coming from below, when the arrows are on the top arrow, then press the exact arrows.