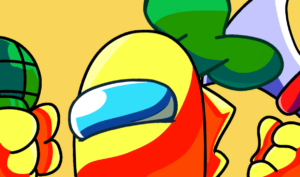 Among The Airship is a Friday Night Funkin mod where the Boyfriend rap-battle with a yellow astronaut after he boards an airship. You can also play FNF Monday Morning Mischief and FNF Arcade World vs Pac-Man V2

The Keybaord Controls for FNF Friday Night Funkin’ – Among The Airship Mod are WASD or Arrow Keys.